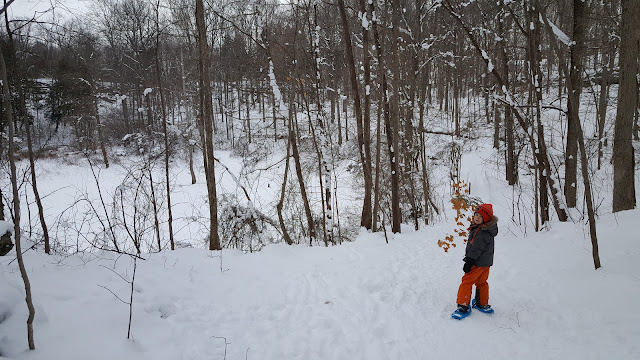 In terms of snow, this winter has been kind of a dud so far.  It was warm all through December, and while January finally brought colder weather, sadly, there was still very little snow.  A lake effect storm finally came through early in the week, closing schools Tuesday, and I crossed my fingers that the snow would hold up for the weekend.  Yesterday Frankie and I were outside for a few hours, sledding in the backyard and going on a "heffalump expedition," which was really just a walk through the neighborhood, winding through the playground and the woodlot up behind the house (we trapped several heffalumps, thank you very much).  Cutting across the ball fields at the playground, we discovered that the snow was, in fact, deep enough for snowshoes.  Hurray!

And so today, we headed over to Clark Reservation State Park for our first snowshoe of the season.  I had intended to start the hike on the Dry Lake Trail, but Frankie lobbied hard for the Cliff Trail.  I compromised, allowing that we could start out that way, but would have to turn down the Table Rock Trail at the first junction to avoid the steepest scrambles.  I probably should have stuck to my guns, because the going was very slow across "the holes," as Frankie found out how hard they are to see under the snow.  I actually fell in twice, with ample inadvertent assistance from the little guy (he stepped on my snowshoe once and pulled me into another) which rather spooked him, so it was with relief that we turned onto the Dry Lake Trail and plotted the rest of our hike for more solid ground.

Most of the trails were well broken out, and the snowshoeing was easy and fun.  We saw plenty of folks bare booting, but I want Frankie to have some easy snowshoe experiences, so was glad for the opportunity.  It can't always be hard or he won't want to go with me any more!  We also saw quite a few cross country skiers, which of course makes me want to get Frankie out skiing sometime.  Bring on the snowy weekends, we're ready! 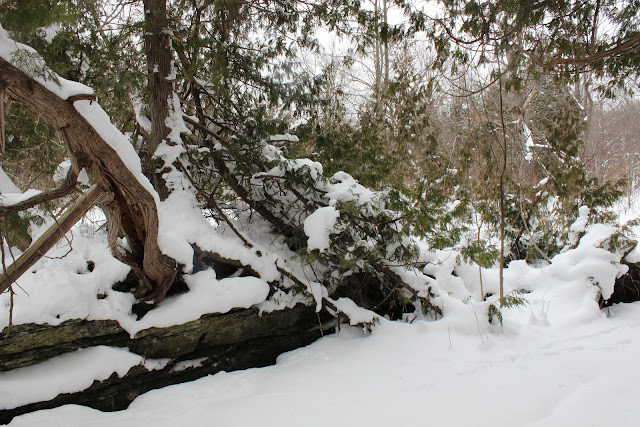 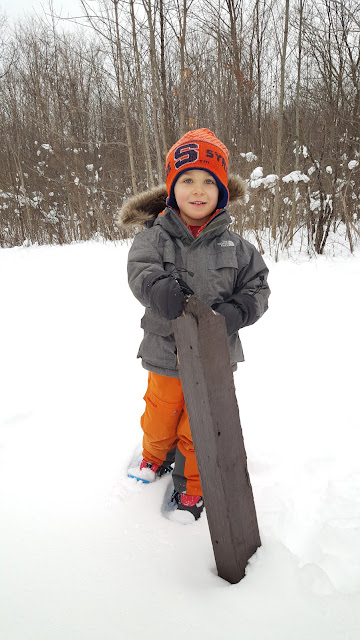 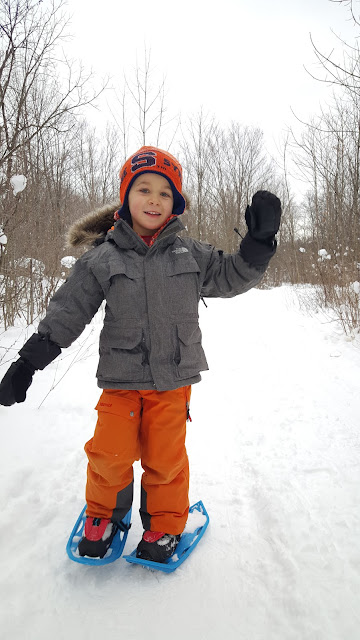 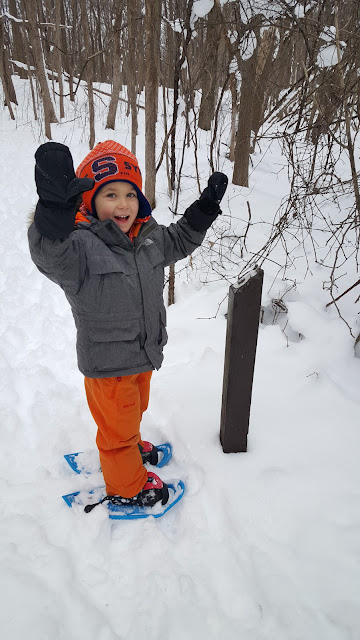 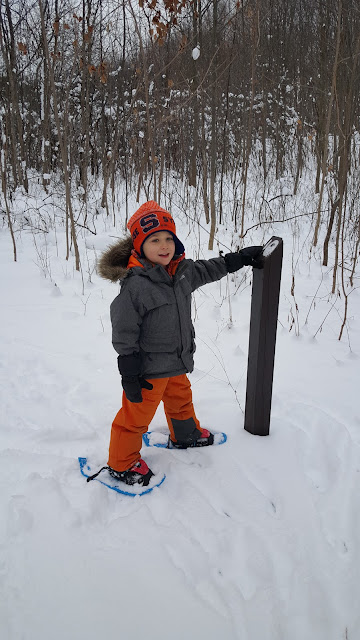 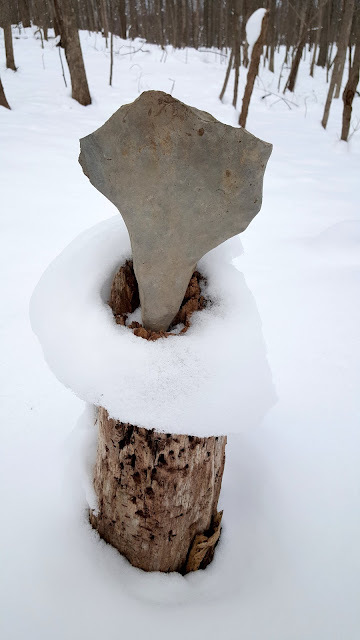 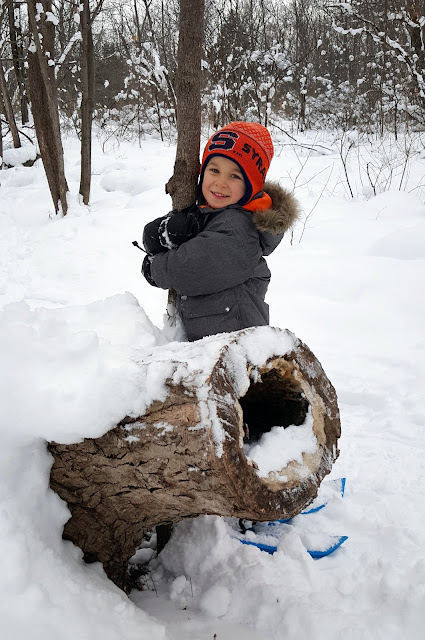 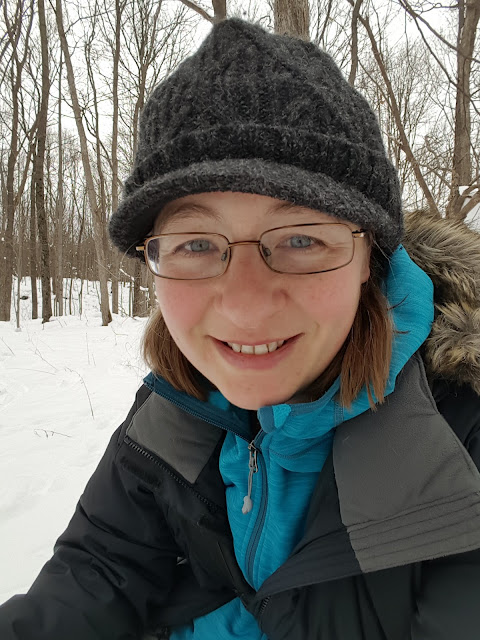 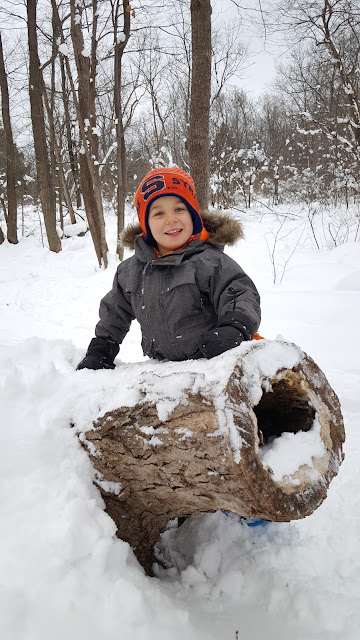 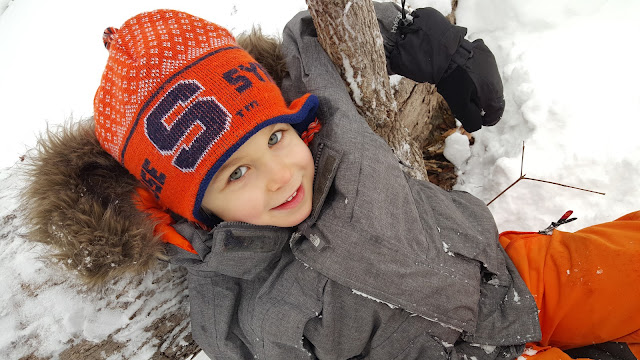 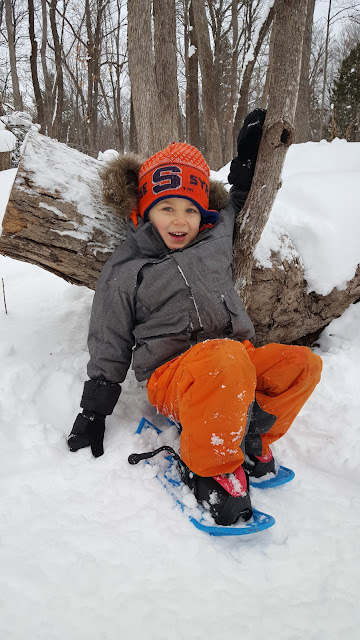 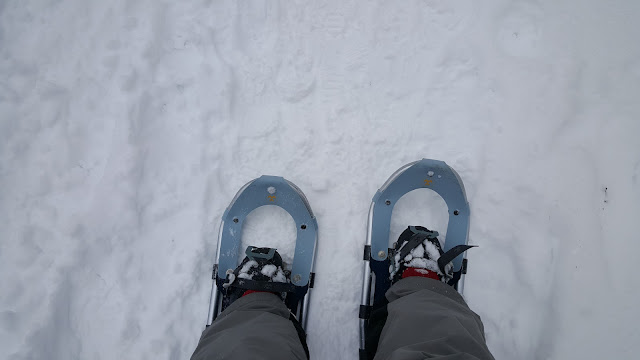 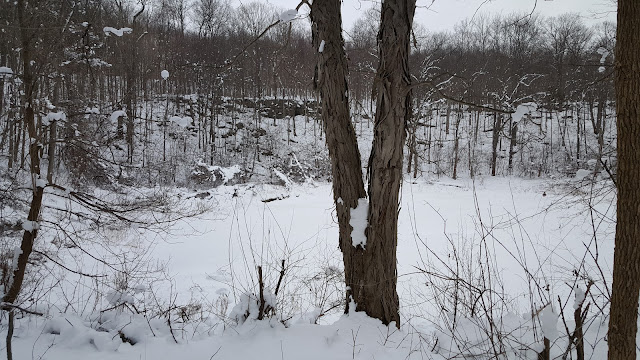 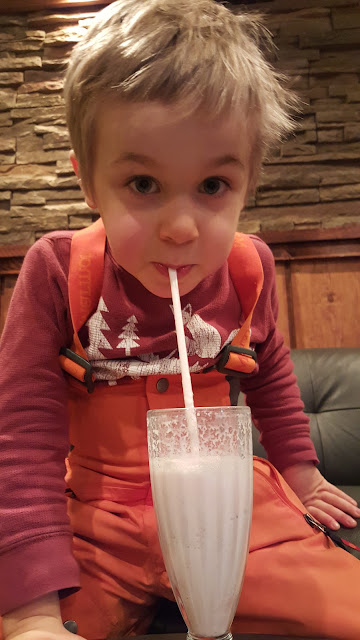