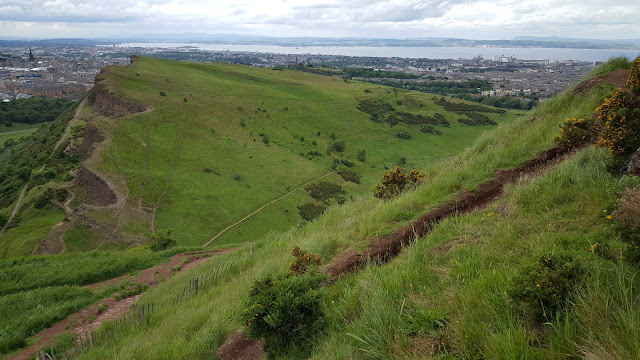 When we travel, we always book our flights, lodging, and car rentals in advance, of course, but we don't schedule the day-to-day adventures.  Erwin uses Google Earth to pin sites of interest in the vicinity of where we are staying.  That way we have information easily accessible about place we want to see, but can fine-tune our days based on weather, energy levels, and new information we may acquire on-site.  We always have more sites pinned than we could possibly visit, so have to prioritize somewhat.  For Edinburgh, our number one attraction was Arthur's Seat.  That doesn't mean we hiked it the first day; rather we watched the weather forecast, looking for the best possible day.  After a few days in Edinburgh it became clear that the forecasts were somewhat meaningless, and it would likely rain, at least a little bit, every single day.

We found Walkhighlands to be super useful when planning our hikes in Scotland.  Maps, mileage, elevation data, descriptions... everything you need to get really pumped.  For this hike, we reversed the route described, starting at St. Margaret's Loch and climbing Arthur's Seat from the back side, then descending across the top of Salisbury Crags.  I'm so glad we used this approach!  The ascent from St. Margaret's Loch was virtually untrafficked; we saw very few people until we approached the final summit cone.  The total mileage for the loop was about 3 miles with approximately 900 feet elevation gain.

In contrast, the main approach up follows a trail called the Radical Road, which has been paved since the 1820s.  The Radical Road hugs the base of Salisbury Crags, which are quite striking, but that route appeared really congested, and pavement just doesn't have the same appeal.  We wanted it to feel like a proper hillwalk!  The summit was quite crowded, but this is to be expected for an easy hike with stunning views right in a major city.  The crowds thinned out again on the descent, especially once the trail split and most folks took the Radical Road while we headed up Salisbury Crags.

Arthur's Seat definitely lived up to our expectations.  It was hands down my favorite thing about Edinburgh, and Edinburgh is a beautiful city! 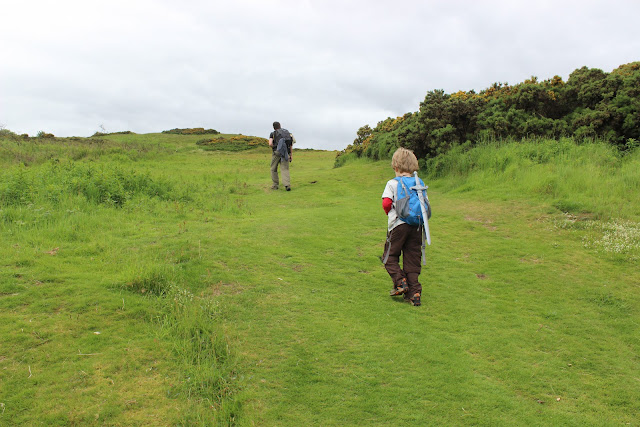 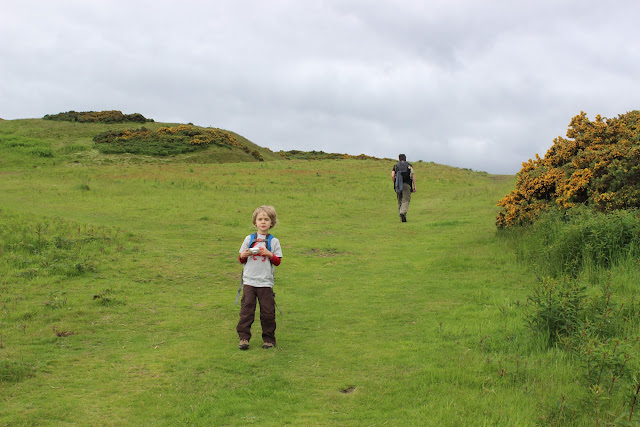 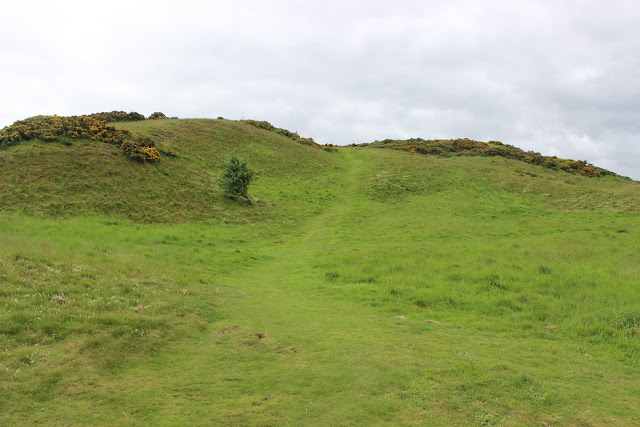 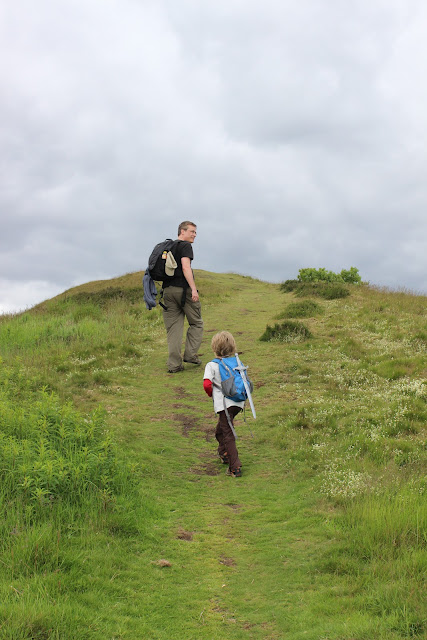 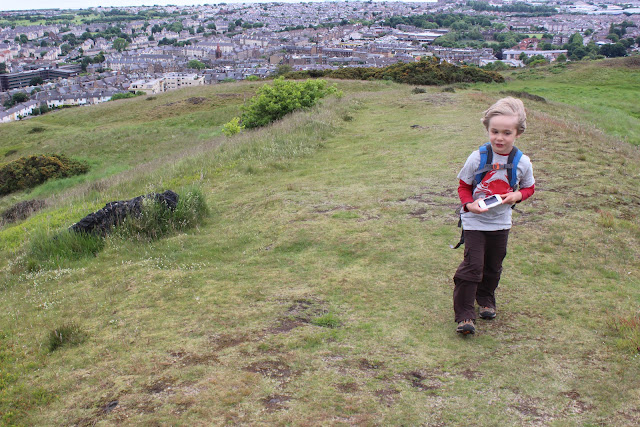 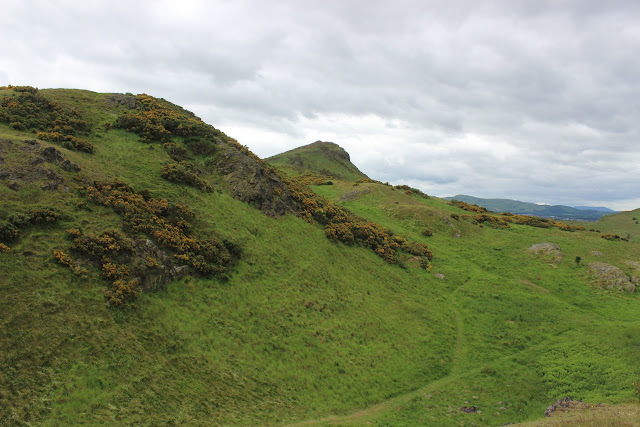 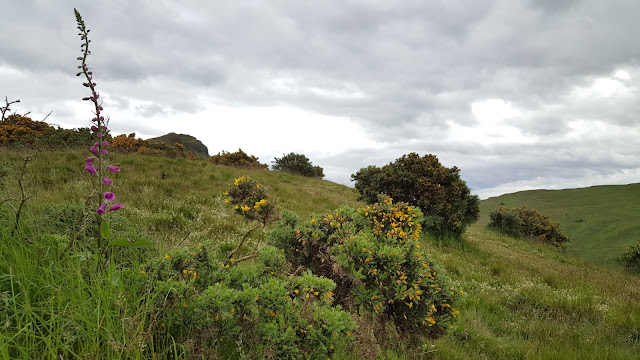 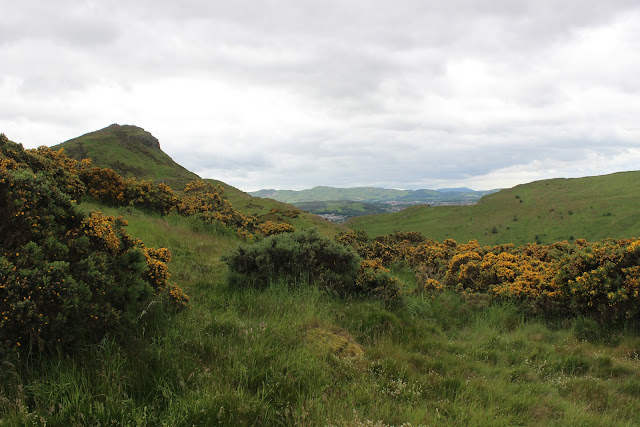 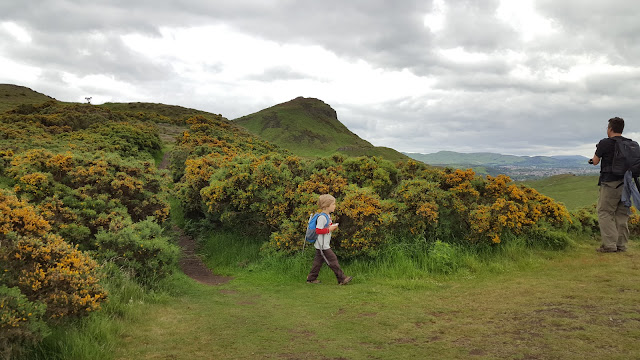 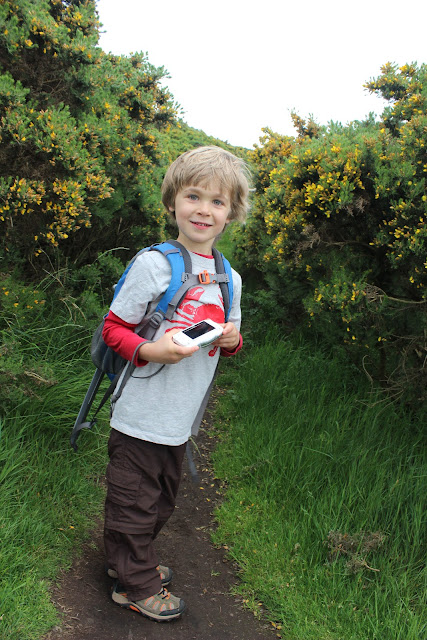 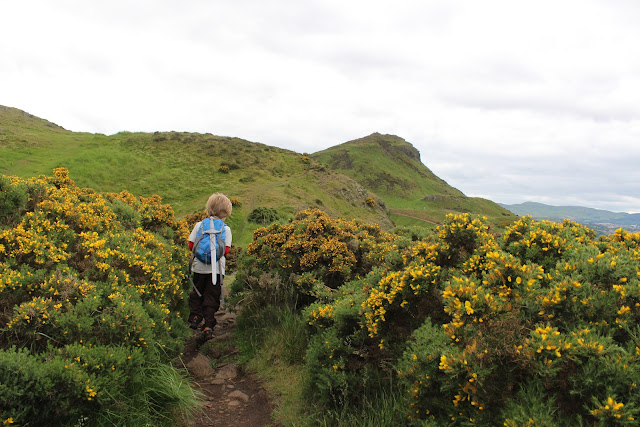 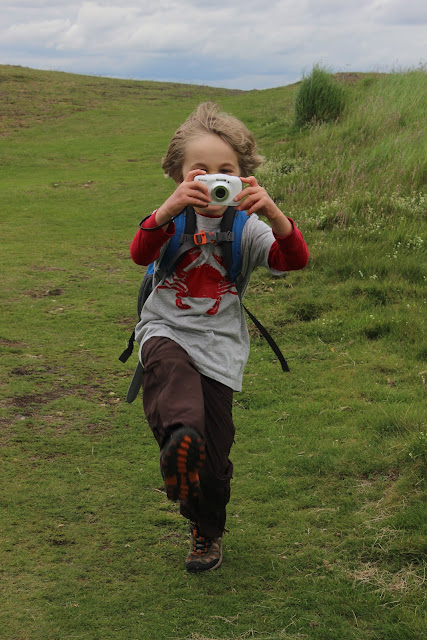 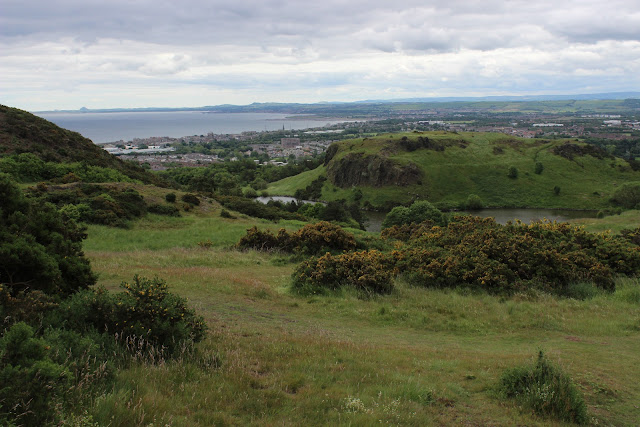 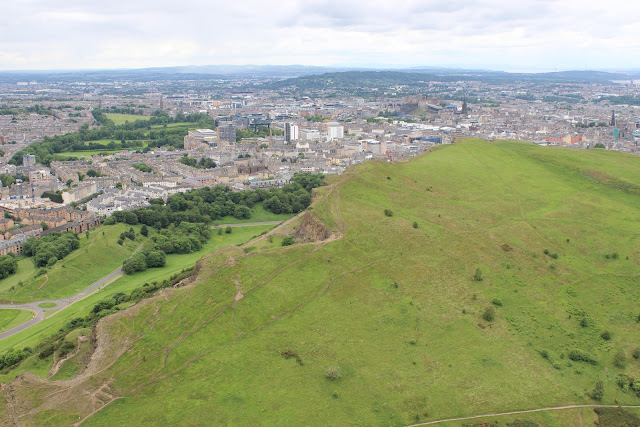 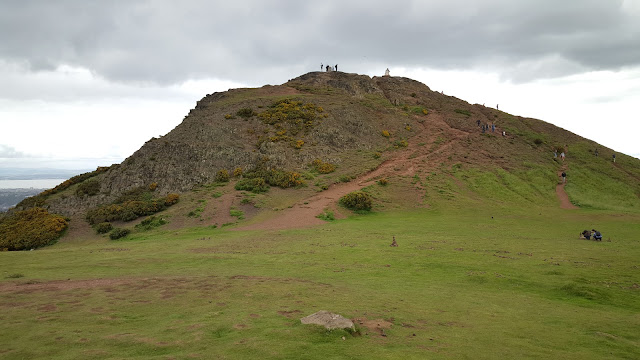 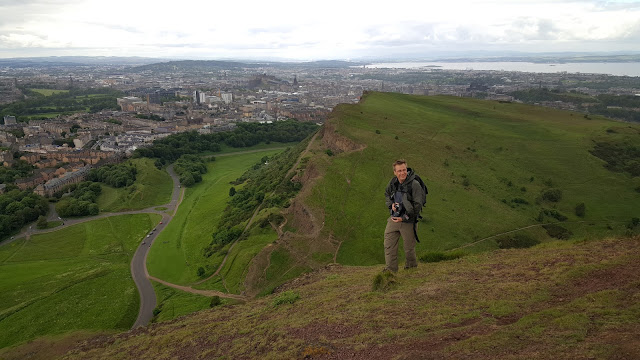 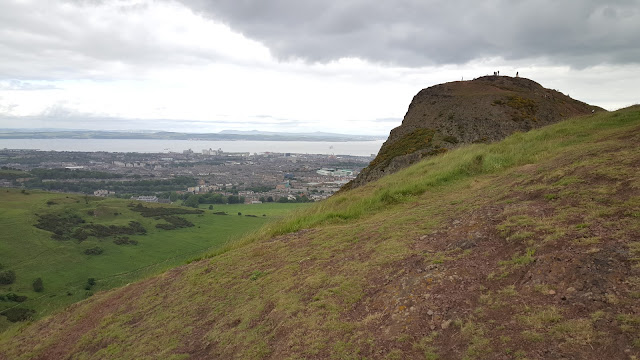 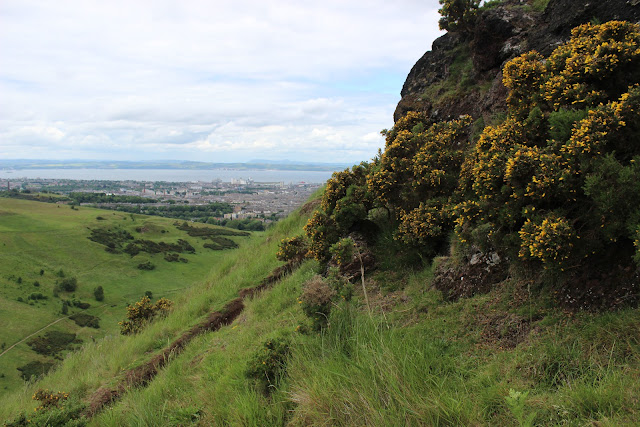 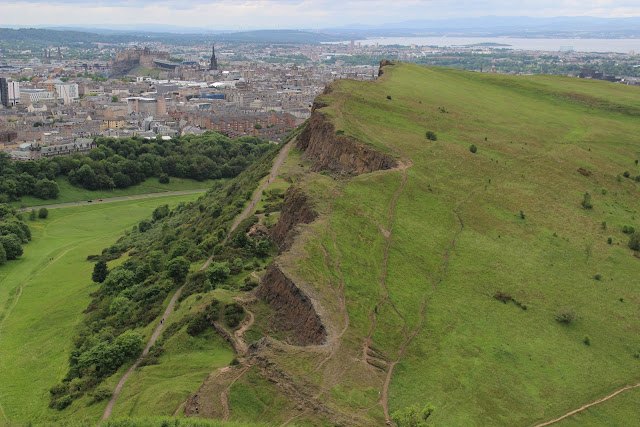 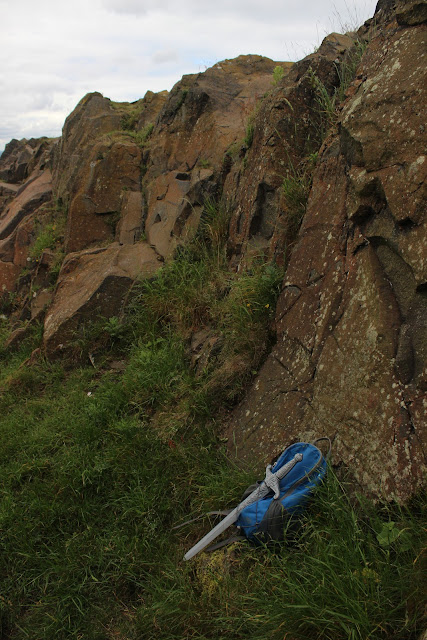 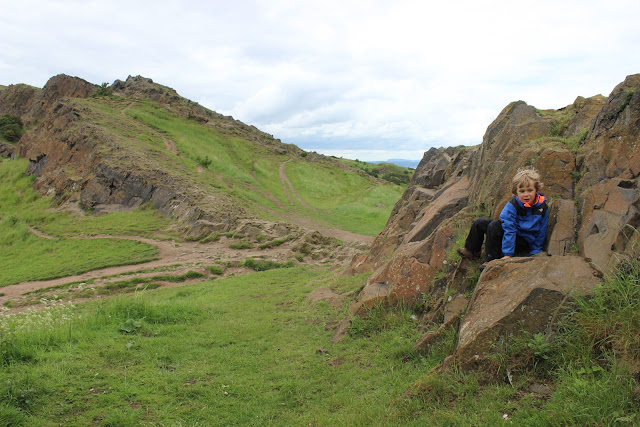 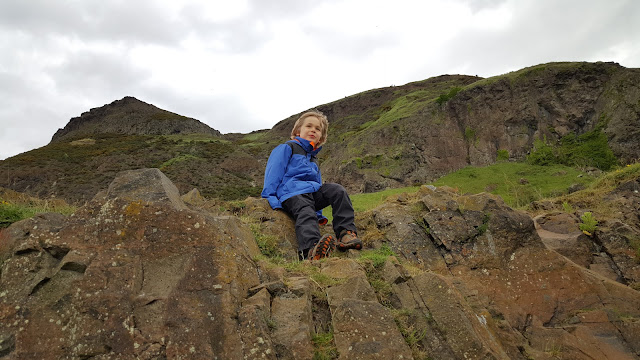 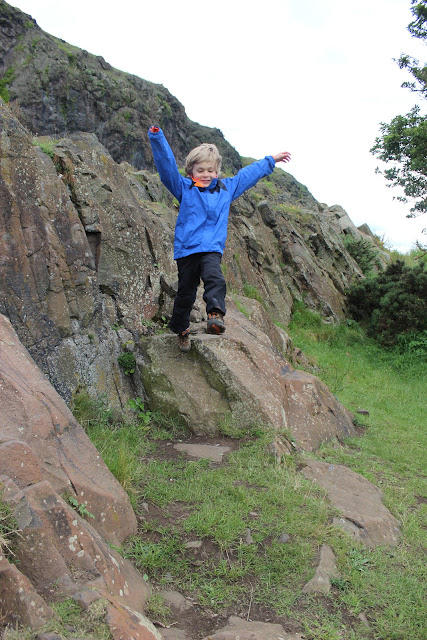 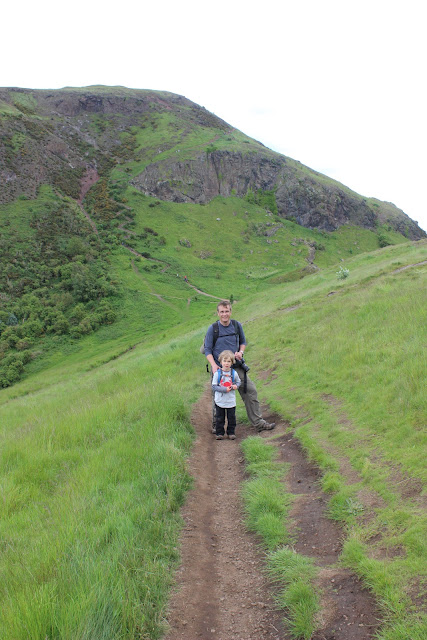 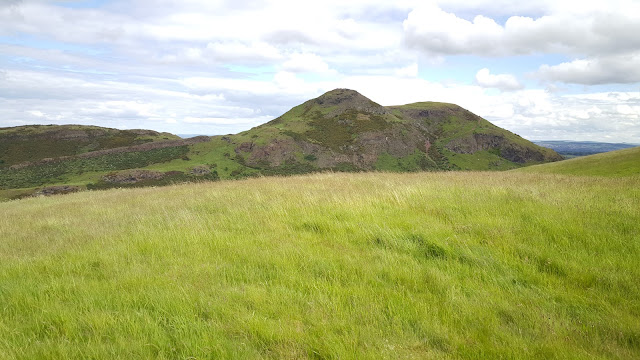 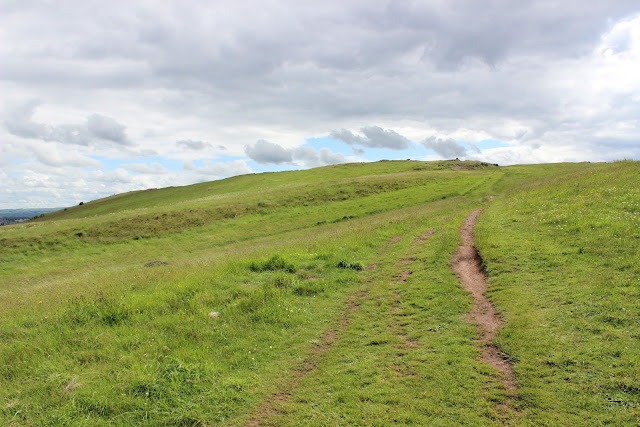 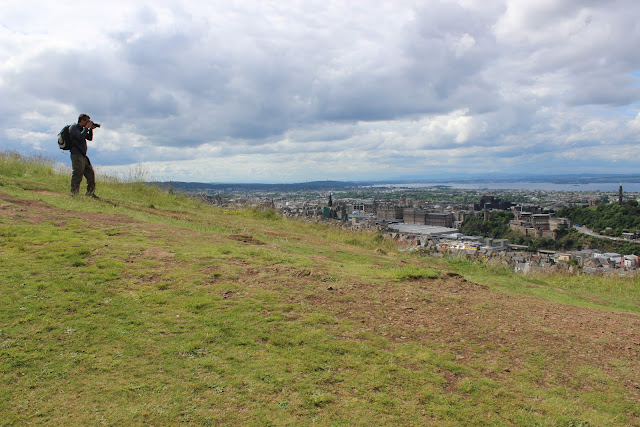 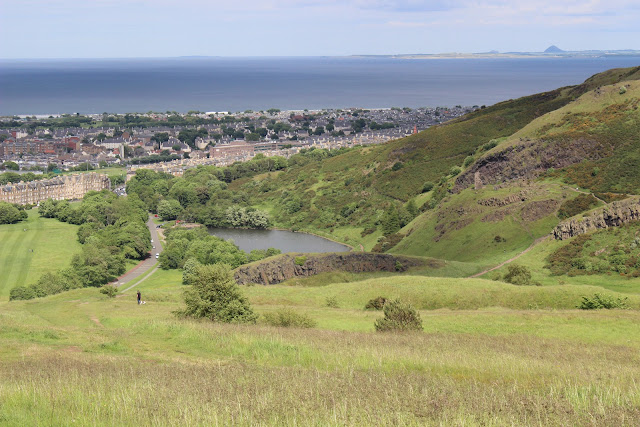 Email ThisBlogThis!Share to TwitterShare to FacebookShare to Pinterest
Labels: Europe, Scotland, with a 5-year old